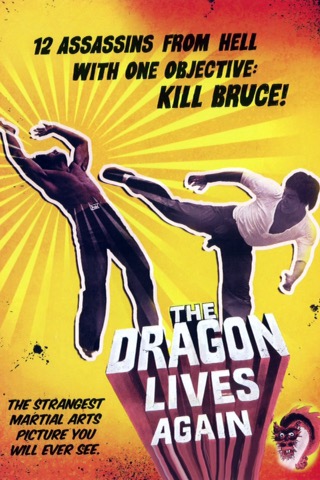 Bruce Lee is many things to many people: a man, a figure of myth, a superlative martial artist. But in this, perhaps the finest Bruce-centric film ever produced, we have at last reached the pinnacle of Bruceness. I give you The Dragon Lives Again!! Is it logical? No. Is it reasonable? Absolutely not. Is it the cinematic equivalent of finding out Bruce Lee was capable of attaining the power of a Super Saiyan (Super Brucean?)? Yes. Yes, it is. This movie has it all, from dick jokes to comeuppance, & more.
First of all, the villains are pure dynamite. The after life is a parallel of normal life, right down to the necessity for money. And as we all know, where there’s money there’s gangsters. In this case, after life crime is controlled by The Godfather, a literal personification of the idea of the movie “The Godfather.” His partner in wickedness is The Exorcist, who is exactly what you assume: the personification of the movie “The Exorcist.” Neither of these characters resembles the American movies in any way, shape, or form. They plot to overthrow the King of the Underworld & seize power for themselves because “we used to be big shots!” Their underlings include Zatoichi, Dracula, & Clint Eastwood’s Man with No Name character. Dracula can summon anonymous ghouls who look like typical Super Sentai cannon fodder. After getting his ass handed to him, because he “played around too much” with the ladies, Bruce learns self control & opens a martial arts school in order to help the bullied & oppressed denizens of the after life. His students include The One Armed Swordsman, Kwai Chang Kaine, & Popeye the Sailor. I’m serious. Here’s Bruce & Popeye together. 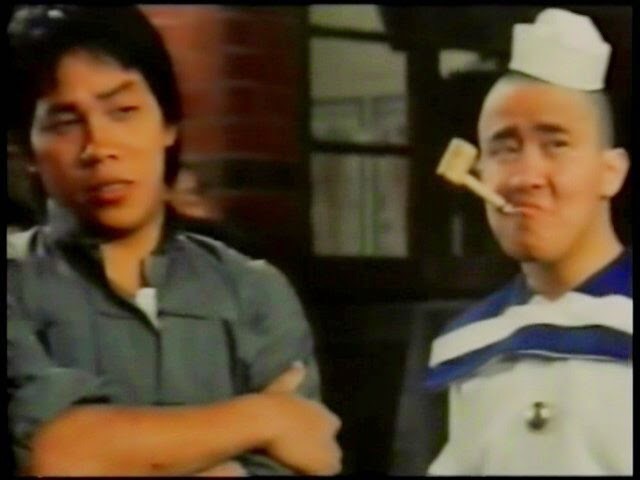 There’s more to the “plot,” but I’d prefer not to give it away. If you love Bruceploitation, shit-tier kung fu movies, ridiculous nonsense, or Bruce Liang as Bruce Lee, then this is a must see. I give it a score of Three Bruces for its total, deadpan insanity. Enjoy!